2019-10-12 14:57
According to the domestic development of China's textile industry in 2016 and the situation of foreign import and export, there may be three major trends in the development of China's textile industry in the future. For this reason, domestic textile industry enterprises need to recognize the current domestic situation in China and in the next few years. And the international situation, in the author's view, the situation may not be optimistic, and look at the analysis. Cotton (13900, 5.00, 0.04%) resources supply has a heavy "domestic cotton" light "outer cotton" trend from the current situation of cotton resource supply in 2016, the state vigorously promotes reserve cotton, real estate cotton into the market, while foreign cotton such as the United States Imports of cotton, Indian cotton and Australian cotton have been restricted. On the one hand, because these cotton can provide the quality of cotton varieties that meet the needs of domestic textile enterprises, Chinese companies mainly import high-quality, high-grade cotton such as C/A, EMOT and SJV. In addition, the United States is the first major alliance to impose trade restrictions on China. The United States gives priority to the signatory countries to provide US cotton imports. The signatory countries include Vietnam, Pakistan, Turkey, Indonesia, and Mexico. (With their remaining US cotton, even Xiaobian feels it is not necessary.) India cotton is one of China's main import resources, but due to Pakistan's crazy demand for Indian cotton, India's cotton prices soar, for Chinese textile companies cost It is not cost-effective.
From the perspective of the cotton market in various countries in 2016, cotton resources are still relatively tight. Most of the cotton produced by each country is used for self-sale, and exports will be weaker. Fortunately, from the perspective of spinning and cotton, high-quality Xinjiang cotton + real cotton + national cotton can fully meet the needs of yarn mills, plus the growth of long-staple cotton planting area, domestic textile mills rely on Australian cotton and cotton Further decline. If foreign trade barriers to China still exist or expand, China is likely to produce and sell on cotton. At present, some industry experts have realized the problem of cotton production. The research and development of cotton varieties has been put on the agenda. The government will give strong support to the domestic textile enterprises to use cotton.
The export of cotton textiles may be more severe. In 2016/2017, China's textile and garment enterprises have encountered more serious problems in Europe, Europe, Southeast Asia, Central Asia and other countries. The customs statistics show that China's cotton products exports grew by only 2.16% in July. The growth of 0.17% from the previous month, coupled with uncertainties such as exchange rate fluctuations, Fed rate hikes, and economic deflation, is not optimistic for the export of high-yarn yarns, high-density high-density fabrics and garments. According to the international political situation, the relations between China and the developed countries such as the United States are not stable enough. The United States is trying to win over other countries' obstacles to China's various economic development. In the first half of this year, 12 countries in the United States, Japan, Australia, Brunei, Canada, Chile, Malaysia, Mexico, New Zealand, Peru, Singapore and Vietnam officially signed the TPP agreement in the New Zealand city of Auckland. These 12 countries together account for 40% of the global economy, surpassing the EU, which has seriously affected the development of China's textile industry. Textile industry may undergo structural adjustment According to customs statistics, from September 2015 to July 2016, China imported 890,000 tons of cotton, a decrease of 700,000 tons, a decrease of 44%; from January 2016 to July 2016 The cumulative import of foreign cotton was 525,000 tons, a decrease of 527,000 tons compared with the same period of last year, a decrease of 51%. The number of Chinese imports has plummeted, causing many foreign and large and medium-sized importers to stun. Many small trading companies and middlemen such as Qingdao, Zhangjiagang and Guangzhou have switched to import yarn, chemical fiber or closed stores. This is hope or is engaged. Enterprises in the textile industry have put forward a severe test. The instability of enterprises has increased the risk of cooperation and is not conducive to the healthy and healthy development of the textile industry. The international relations between China and the rest of the world have seriously affected the nerves of the domestic textile industry. If China can obtain greater voice in international trade, it will have great benefits for the stability and development of the domestic textile industry. Whether the G20 summit can make progress on trade issues is very interesting.
In summary, the future development of China's textile industry is facing multiple difficulties. The situation is not very optimistic, but it is not necessary to be too pessimistic. I believe that the ability of the state and the government will help the textile industry to grow and develop, so that enterprises in the textile industry can operate well. Enterprises should always pay attention to the market conditions of the country and make timely adjustments.
Previous How does Internet + thinking help the healthy development of textile companies?
Next None
Previous : How does Internet + thinking help the healthy development of textile companies?
Next : None 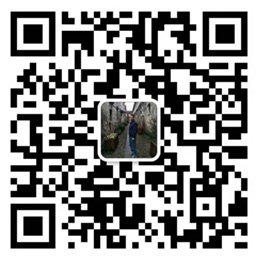